Howden’s Sport and Entertainment division has published its interim Men’s European Football Injury Index, which reveals that there were 2,524 injuries in the first half of 2021/22 season at a cost to clubs of €279.49m. This is in comparison to the 3,998 injuries that were recorded in the entirety of last season, showing that in the first five months of play, clubs in the leagues spent almost 60% of the injury cost reported during the entire 2020/21 season, illustrating the longer-term effects of the Covid-19 pandemic.

Howden’s research is published as the debate within European football over player welfare continues, specifically within the English Premier League, with the allowance of up to five substitutes reported to be under consideration .

The Index shows how many players from the English Premier League (EPL), the Bundesliga, Serie A, La Liga and Ligue 1 were injured and how much they cost their clubs when they were absent in the first half of the 2021/22 season, by combining injury and salary figures for every club.

The 2021/22 season has had an expensive start for the English Premier League; the analysis shows that it paid out more than any other league, with injuries costing £89.82m (€105.09m). The EPL also saw the highest number of injuries across all leagues (659), with Chelsea topping the list. September was the first full month of play for the EPL and saw the highest number of injuries, with clubs reporting 127 non-Covid-19 absences. It was also the most expensive month in terms of injury cost, with clubs across the EPL paying out £20.41m (€23.89m). This is more than double what clubs spent during the first full month of play in the 2020/21 season – £10.17m (€11.90m). 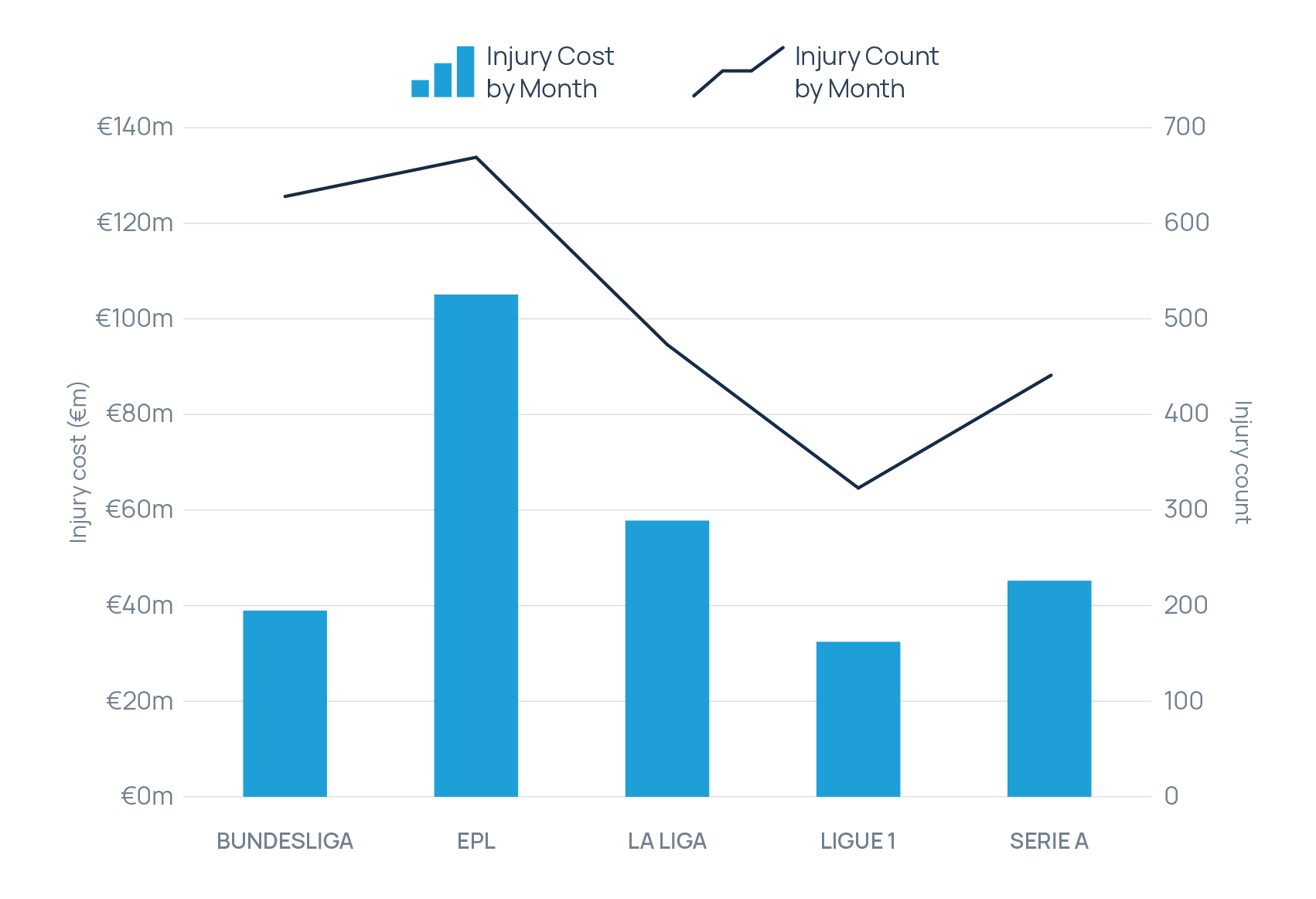 Players continued to test positive and some leagues were forced to postpone matches or limit attendance. This was compounded by the huge spike in positive cases among players as omicron swept through Europe in the winter, with the five leagues reporting 256 Covid-19 absences in December and a further 140 in January. The total cost of Covid-19 positive tests to clubs mid-way through the 2021/22 season was €38.47m.

On average, soft tissue injuries accounted for 38% of all absences across the five leagues. Serie A saw the highest number of this type of injury, but also the highest proportion when compared to all other absences – 49% of player absence within the league was caused by soft tissue injury. The first half of the 2021/22 season has seen fewer soft tissue injuries compared to the same period last season. Bundesliga soft tissue injuries have been on a downward trend, though still cost clubs in the league €13m in the first half of the season. A contributing factor is the difference in injuries between the two years in the month of January. In the 2020/21 season, 32 injuries were reported, compared to only two in the 2021/22 season. This may be at least partially explained by a longer winter break this season, when the players were able to enjoy almost a full extra week of rest.

Conducted by Howden’s Global Sport & Entertainment Practice’s data and analytics team, the research has been compiled using injury cost and salary figures for the five major premier league clubs with the data segmented by injury type, date of injury, player salary, the age of the player and the position in which the footballer plays.

James Burrows, Divisional Director, Sport & Entertainment, Howden said: “Injuries are part of football, and we have seen over the last two years that there are a number of factors that influence how often they occur, and how big a financial impact they have on clubs. When a player misses matches his wages are still paid and so injuries – even before you begin to consider the cost of treatment – are a significant financial risk as well as a potentially negative influence on team performance.

“What has been interesting to note for the EPL is that the month of December was the worst for soft tissue injuries, which correlates with the highest Covid-19 count. One potential explanation for this is that absences and disruption placed additional strain on healthy players, forcing them to play more frequently and for longer. An alternative is that players returning from Covid-19 weren’t at full match fitness before returning to competition. Either way, with rescheduled matches filling all the breathing space in an already compressed second half of the EPL season, high rates of soft tissue injuries are likely to continue through the rest of the season.

Ultimately, our research and analysis provides a fresh analysis for Europe’s top clubs as they continue to talk to the game’s governing bodies about planned reforms to football’s calendar and the clear impact the pandemic has had on the world’s leading players.

To download the latest edition of our Football Injury Index, please provide us with a few details below. Once submitted, your download link will be available on the confirmation page. 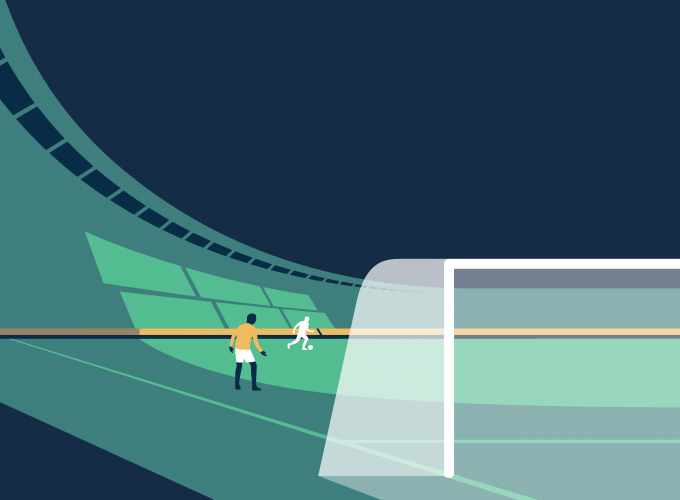